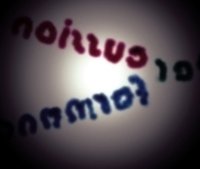 “A Light Hour is a new, through-composed, hour-long work for large percussion ensemble. You could call it a flowering of the seeds that existed in the work’s original version from 1986, first performed at the Winter Solstice on 21/12/1986 at the ‘Vækst-centret (Nørre Snede, Jutland) for and by residents of and visitors to this meditation centre.

Among the 10-12 participants in the simple 1986 version there were only a couple of trained musicians, with the percussionist Einar Nielsen as director, while the others included dancers, craftsmen, one student and two schoolgirls. That this heterogeneous crowd succeeded, with a month’s preliminary work, in performing an hour-long work without using notated musical material, was due – besides their intense efforts – to the basically simple principles of the ‘infinity rhythms’ (sometimes called ‘Sun & Moon percussion music’)